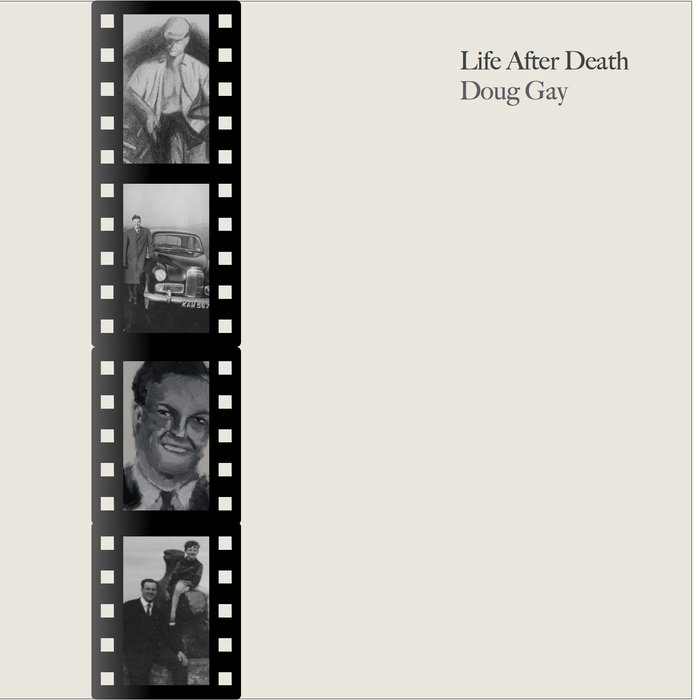 eannsinc Still got these songs in my head. A superb set, worth much wider acclaim.

Grief and loss break things and end things - hearts, hopes, plans, sometimes faith.
Writing these songs was my way of trying to pick up the pieces.
The lyrics of these songs are full of quotes:
from my Mum, in shock after Dad’s sudden death at 67,
who repeated the same phrase about ‘Tying Up Roses’ for days afterwards;
from my (then) 3 year old son asking if Grandpa’s heart would get better where he was now; from an old Plymouth Brethren man in the funeral meeting quoting Bunyan in Pilgrim’s Progress ‘and so he crossed over and all the trumpets sounded for him’; to my brother’s question…

So much about death is dark and hidden and buried. Hard to process and access and yet other things are right on the surface, the raw edges it opens in our minds.
From Christianity we get images, metaphors, stories, doctrines which may or may not seem to shed light and bring hope when we are deep in grief. Some of the songs show my attempts to wrestle with those, as I tried to work out how to think about Dad after his death. And to think about myself and God and faith.

Tying Up Roses is a love song for those who lose the one they love. Saturday Train is an Easter Saturday song for when grief seems endless. Things That Made You Happy was written about the framed holiday snaps around the living room in our family home. Most are of the two of them on their last few holidays, but among them is one old 1950s black and white one of my dad, young, handsome, shirt open, grinning as he drove the tractor at harvest on the family farm in Wiltshire. Mansion Town is an attempt to imagine heaven as more and greater life - it might help to know after starting life as a farmer that dad ran a shoe shop. Beyond Blue is a country lullaby, echoing all the country tapes my dad played in the car when we were kids.

It was only after we recorded them, that I realised Pilgrim No More and Things That Made You Happy are slow sad dances, at least that’s how I hear them now - like a funeral waltz if such a thing could ever exist. Pilgrim is about the visit to the morgue and then the day of the funeral and my brothers and I carrying the coffin to the graveside. Its also about all the work you have to do to forgive the hard stuff as you carry on with life after death. Keep Looking Up builds on the last ever conversation I had with my dad and tries to capture some of the things I think he was trying to tell me.

There are two new songs. One is dedicated to Rebecca Stott (who grew up at the same time as me, through the same religious sect of Exclusive Brethren - ‘the system’) for her searing 2017 memoir of her father In The Days Of Rain. The other, Some Things, grew out of reflections on other losses since that first great grief of my life, in particular the untimely deaths of my beloved friends Ali and Mark and of Robbie, my friend since week one in high school. Also, the loss of Debbie and Graham and Donna.

There is unspeakable loneliness in grief, but there can also be profound and remarkable solidarity. Whether you are a person of faith or not, if you are facing Life After Death I hope you feel and find these songs are somehow in solidarity with you.

I want to thank those who made this album possible: Al Pearson, Stocki and Boesel who kept on for many years telling me to do it; all of the lovely crowdfunders; my dear friends Steve Butler for producing, recording and playing soulful keys and Charlie Irvine for sublime guitars; Sandy Butler for additional guitars and bass; Rory Butler for additional guitar; David Dukes for drums; Suzanne Butler and Annie McCaig for additional vocals and Suzanne’s fiddle, Caroline for clarinet. Beth for artwork. Rachel for long term encouragement and for teaching me early on in our relationship some of the hard, hard lessons she had already learned about life after death.
I loved every minute of working on this project and am so grateful I got to do it.
And thanks Dad. I try to Keep Looking Up, like you told me in that last ever conversation we had down by the river… I wish you sweet dreams tonight.

Doug was part of Calvin's Dream in the 1990s, who released the album 'Fanatical' on Sticky Music in 1995. These days, he teaches theology at Glasgow University.

Bandcamp Daily  your guide to the world of Bandcamp